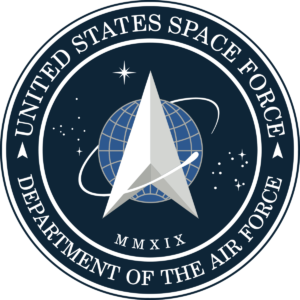 The Space Force Skinny Tie is a perfect gift for anyone with a special connection to or a respect for those who have served in the Space Force.

The U.S. Space Force was established Dec. 20, 2019 when the National Defense Authorization Act was signed into law (with bi-partisan support), creating the first new branch of the armed services in 73 years. The establishment of the USSF resulted from widespread recognition that Space was a national security imperative. When combined with the growing threat posed by near-peer competitors in space,it became clear there was a need for a military service focused solely on pursuing superiority in the space domain.