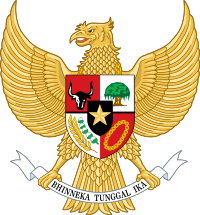 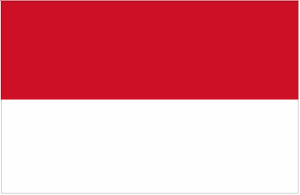 Statesman Tie’s Indonesia tie was designed to represent the Indonesian Flag. The design takes elements from the Indonesian flag and mixes them together to create a tie that can be worn at any time for any occasion.

“The Flag of Indonesia is a simple bicolour with two equal horizontal bands, red (top) and white (bottom) with an overall ratio of 2:3. It was introduced and hoisted in public at the Indonesian Independence declaration ceremony on 17 August 1945 in Pegangsaan Timur street and Independence from the Netherlands on 17 August 1950. The design of the flag has remained the same since.” (Source: here)

“Garuda Pancasila is the national emblem of Indonesia. The symbol derived from Garuda, the mythical bird vehicle of Vishnu. The current symbol are designed and officially recognized in 1950s.” (Source: here)

When designing the tie, we used colors from the flag and the Garuda Pancasila and combined them for the regimental look of the tie. The flag has symmetrical red and white lines, so we incorporated red and white lines into the tie as well. We think it turned out classy and something we think represents Indonesia well.

The Indonesia tie is a great gift for missionaries, businessmen, and anyone who loves Indonesia. You can even add a personalized embroidered message on the back on the tie that the wearer will be sure to love!

Customize your Indonesia tie by adding an embroidered, personalized message to the back. We hand-sew each tag onto every tie.